A downloadable game for Windows

Compete to be the top DJ in Los York! Blare contrasting music louder than your opponent to win the attention of the fans!

In the first phase of the game, scrounge for cash to buy gear for your setup and improve your stage! In phase 2, collect new music for your repertoire and play different genres to entice the crowd. But be fast! If the fans become loyal to your opponent, you'll be forgotten!

As fans spend time on your side of the court, you'll gradually gain points. Hold the attention of the fans for long enough and win!

Remember how to win over the masses:

The game has two phases - a building phase and a 'mixing' (we use that term loosely) phase.

In the building phase, you can build two structures: Speakers and mosh pits. Speakers increase your pull rate of fans while pits increase the range at which you can gain points while fans are pulled to you - both can be a game changer!

In the 'mixing' phase each player will play - players must find records and spend them to change their tune to counter their opponents music and pull fants towards them:

The player who holds the fan's interest long enough wins! 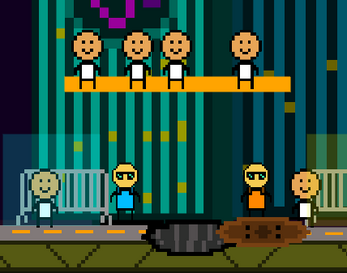 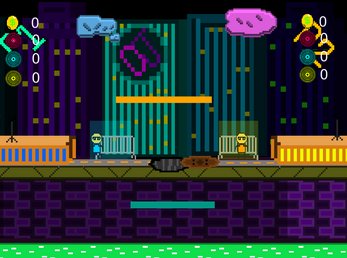