Why Wild Dogs Of Jerome Won't Be Released 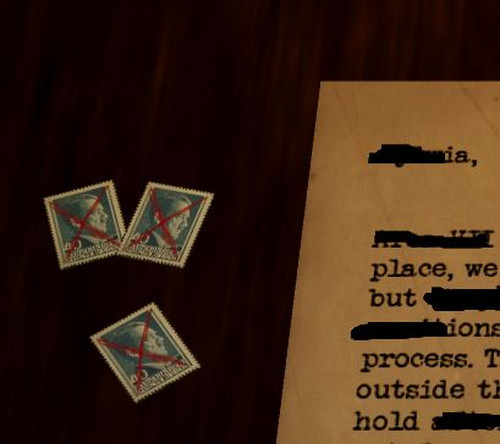 Hello, I'm Devon. And this dev log is about my game "Wild Dogs of Jerome", an administration sim where you play as numerous censors throughout WWII. In many ways it was a spiritual successor to "Who Killed My Uncle?", a game of a similar style I made a few months ago.

This article is basically to explain why Wild Dogs will never see the light of day because of a dumb mistake I made. There's one big reason for this (not including the usual problems like scope creep) and that's:

This is the game's biggest problem and one I should have noticed from the start.

When I make games I take pride in making them personal and self-reflective. When you play my games I like to think you're getting access to an interactive chunk of who I am at that moment in time. I think Wild Dogs oozes that and I love it. It covers two major themes: my reflections on war (and how it's essentially forced, legal murder) and an exploration as to the monsters that white people are.

Ultimately though, I intended Wild Dogs to be an admittance of guilt. It's an examination of how I see the horrible ways in which ignorant non-marginalized culture operates in the world today and an apology for being born in it through sheer, dumb chance.

But the major problem with this was I wrote the major focal point of the story around someone whose frame of reference I had no right to: an unreliable narrator named Nathan, a Japanese-American soldier who struggles with a violent act he committed.

The intention behind Nathan was to make this character one that suffers solely because white people are morons who can't keep their ignorance in check and, hopefully, also help any non-marginalized people reflect on their own actions within the world. I always tried to remain hyper aware of how I depicted Nathan and treated his character with absolute respect, both from a cultural and mental health perspective. I did my research as thoroughly as every historical event in the game. It was only as I was implementing the final few scenes of the story that I realized I wasn't comfortable with him as a character, but I couldn't pinpoint why.

That changed when I attended Alex Zandra's talk on writing Gender Diversity in games and she mentioned something which really drove home what my problem with Nathan was: he's a "monolith".

He's the only Japanese character in the game who has a voice, which might not be entirely bad if I had depicted him in more positive manner. Instead, he's an unreliable narrator with a violent past who has a handful of paragraphs of lamentation before dying out in a frozen wasteland alone. I couldn't just rewrite him as something more appropriate either since the whole theme of the game hinged on his experiences as a minority.

I think writing him as such helped create the thematic intention I had with Wild Dogs and I do still think it makes for a very powerful moment.

But I also believe that developing a game - any game - comes with a healthy amount of responsibility and the burden is on us to represent people with the respect they deserve. The way I used Japanese-Americans weighed on me for a long, long time and ultimately I think I should have seen it coming sooner. In some ways I think I became the thing I was trying to write against.

As Wild Dogs stands I think it's still a strong representation of my thoughts and feelings but a weak representation of people who aren't me, which I think should ultimately matter more. If anyone still wants to play the beta (with typos, bugs and all), hit me up on twitter at @Devon_Wiersma and I'll send builds by-request. But as it stands, Wild Dogs is likely never going to be completed or see the light of day publicly.